What Is A Suitable Gochugaru Substitute? 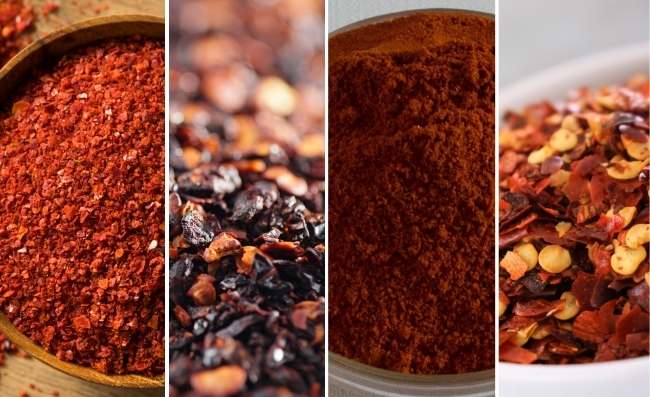 One of the commonly known facts about Gochugaru is that it is famously used to make Kimchi which is a traditional Korean side dish of salted and fermented vegetables.

It can also be used in certain sauces, stews, spicy soups, and in dipping sauces for spring rolls among other things. You will find that gochugaru is the go-to spice for people who are keen on experimenting with flavor.

Now, you are probably reading this article because you love you some spicy food but have unfortunately run out of gochugaru in your kitchen pantry. Well, in this article, you will find a number of other equally good spices that will add close to the same amount of flavor and spice as gochugaru typically does.

The alternatives to gochugaru are anything but basic. They range from cayenne pepper flakes and crushed red pepper to ingredients such as chile de arbol, Aleppo pepper, and gochujang paste. Each of these substitutes brings it’s own unique yet similar to gochugaru element to the table.

Where to buy Gochugaru 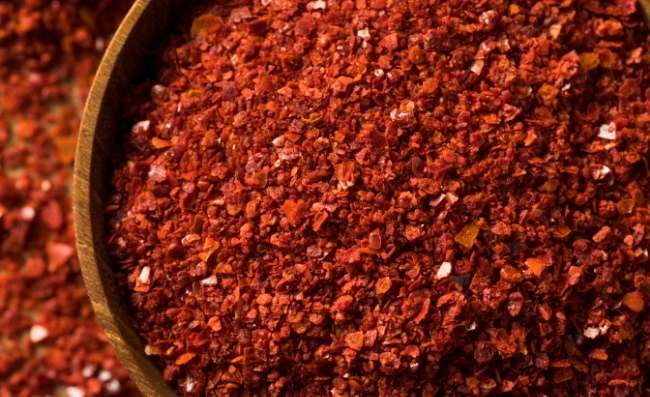 Generally speaking, you are unlikely to find gochugaru at your local grocery store here in the United States. You may have to search high and low, and on the odd occasion that you find it at an Asian grocery store, I would recommend buying it in bulk.

Luckily it can stay fresh in the freezer for approximately one year. Buying from online vendors such as Amazon is your best bet at getting your hands on some gochugaru.

Alternatively, with the right ingredients, you can make your own gochugaru. Get your dried Korean red chili peppers known as taeyang-cho. Cut off the stems and remove the seeds. Grind them to make chili flakes. For a finer powder, use a rice mill if you have access to one. And finito, you have your gochugaru! For maximum shelf life store away in airtight containers away from heat and light. 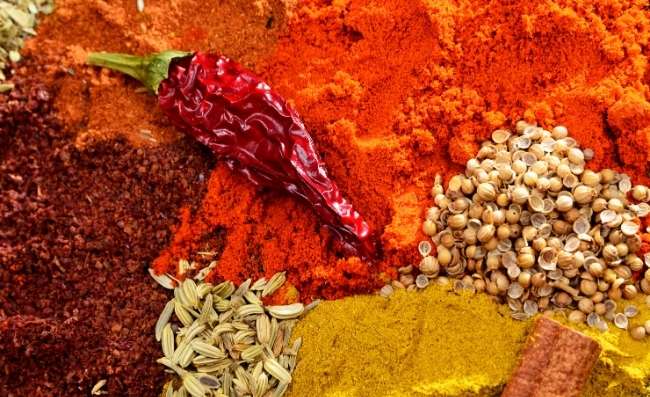 With this “heat” flavor that is distinct yet not overpowering, it is no wonder gochugaru is one of the most sought-after spices to have in the kitchen.

The downside, just like we have mentioned above, it is definitely not the easiest spice to find. However, do not lose all hope as this article will help us explore the other different types of spices that we can use in place of it.

This hard to pronounce spice can be substituted by mostly peppers like cayenne flakes, Aleppo pepper, Kashmiri pepper, sandia chile peppers, and crushed red pepper. But that is not all. Gochaguru can further be substituted for chipotle powder and some smoked paprika.

However, just in case you do not have any of these in your pantry, you can always opt for chile pasila, chile de abrol, guajillo, gochujang paste, or ancho chilies.

Also, Click to Check out; A Review on the Healthiest Canned Chili. 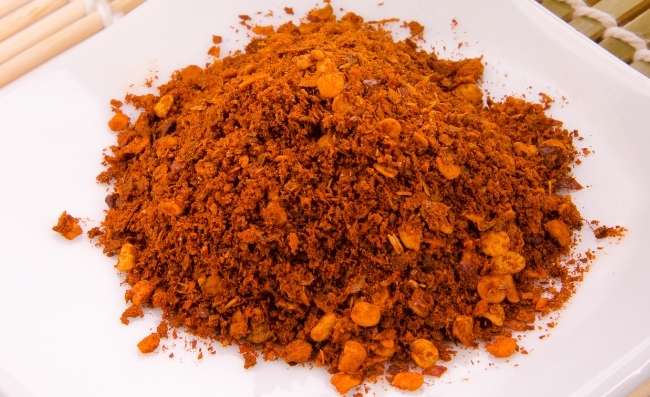 This, just like gochugaru is a spice commonly used in Korean cuisine. If texture is key for you in your dish, cayenne pepper flakes are a great alternative to gochugaru as they are similar in texture.

They also possess a red gochugaru colour. However, in contrast to gochugaru, cayenne pepper flakes contain seeds. It is also spicier so use less than what the recipe calls for gochugaru. Taste, and adjust to your preference.

Cayenne pepper powder can also be used in place of cayenne flakes if you prefer to not have the seeds or opt for a milder option. 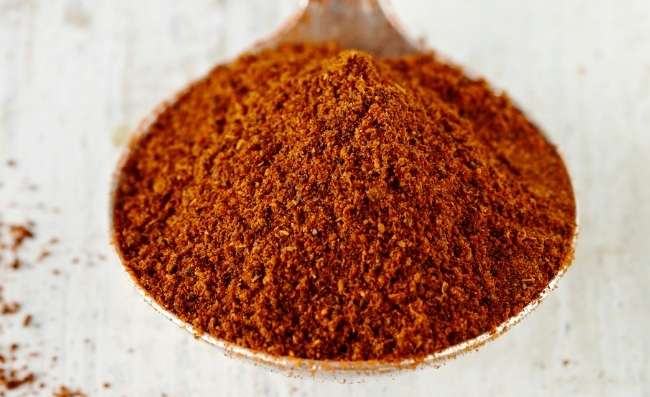 This is simply dried out, smoked, and ground jalapeño peppers. Its flavor can be described as sweet, spicy, smoky with an earthy undertone. It’s considered just as spicy as gochugaru but smokier.

To bring the smokiness down a notch, add a pinch of crushed red pepper. The convenience of easily finding it at your local grocery store makes it an ideal substitute for gochugaru.

Smoked paprika is one of the common spices in our pantries. It is definitely one of your best alternatives at achieving the same vibrant red color that gochugaru gives dishes.

Its smokiness (that is at the same level as gochugaru) is an added bonus. 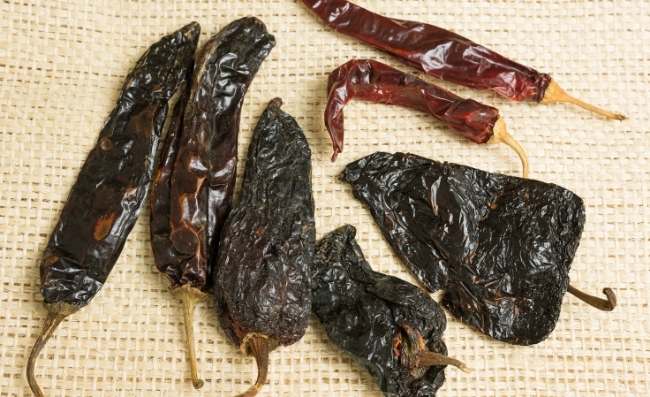 Chile pasilla is a very popular spice in Mexican cuisine. However, it’s only an option if the characteristic gochugaru red color is not key for you/the dish.

It’s also not as hot as gochugaru but it comes pretty close in comparison to some other options on this list. When using it as a substitute, use more than the amount of gochugaru called for in the recipe to add more heat.

Aleppo pepper is a sweet, relatively hot spice commonly used in Mediterranean and Middle Eastern cuisine. It can be purchased either in its powder form or as flakes.

Unfortunately, it is not readily available in the stores thus not frequently used as a replacement to gochugaru in recipes. However, if you are lucky enough to come across it, it makes a good substitute. It gives dishes a red hue almost similar to gochugaru. And its fruity flavor complements the smokiness of gochugaru.

As a substitute, start with slightly less Aleppo pepper than you would gochugaru and adjust to your liking. 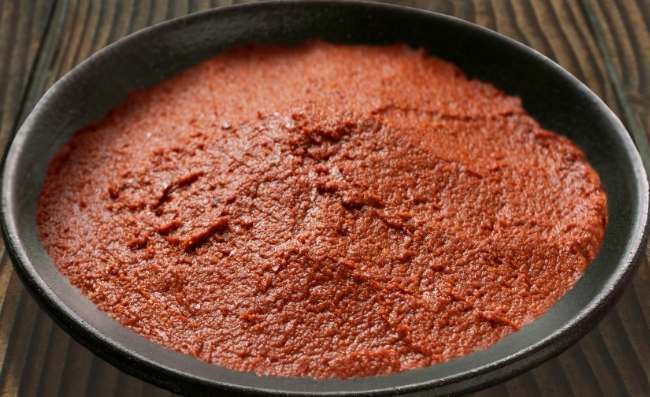 Gochujang paste, a staple condiment in Korean dishes, is probably your best alternative on this list. It’s made from red chile pepper flakes (same pepper as gochugaru), rice, fermented soybeans, and salt. It brings gochugaru’s spiciness, smokiness to a dish but with a sweet undertone too.

Keep in mind that since it’s a paste and not a powder or flakes, it’s likely to change the texture of your dish to somewhat wet and /or sticky. You will also need to adjust the amount of salt called for in your recipe or eliminate it altogether when using gochujang as a substitute as it contains salt. 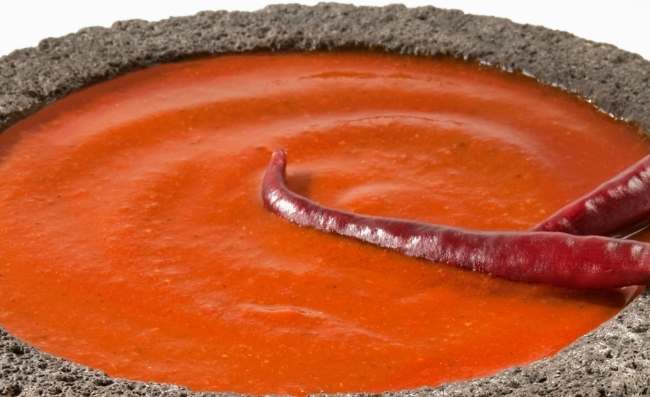 Chile de Arbol is quite spicy chiles used in Mexican cooking. It’s a spice that can be found as a paste, flakes, or in powder form. Whichever form you decide to use will add the gochugaru-like spicy and smoky savour to your dish.

When using it as an alternative, start with a small amount as it is spicier than gochugaru. Then, adjust to your preference.

Another plus; it is one of the more affordable gochugaru substitutes.

Made from dried cayenne pepper mixed with other red chili pepper varieties, this is a convenient alternative that is in almost every kitchen. It brings the heat and red color to the dish but unfortunately lacks the gochugaru smoky taste.

Add it gradually as it is hotter than gochugaru. 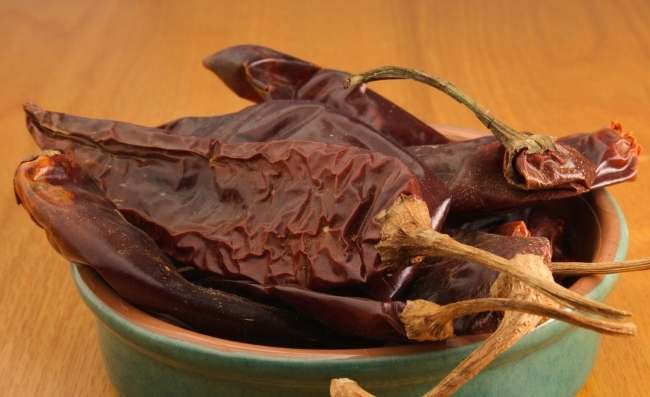 Guajillo (meaning little gourd, in reference to its shape) chiles are considered a staple in Mexican cuisine. Available both in powder and flake forms.

The powdered form is a preferred substitute as it seedless much like gochugaru. Its red color, moderately spicy, and tangy taste will make it a great alternative to gochugaru in some of your recipes (such as salsas and sauces). 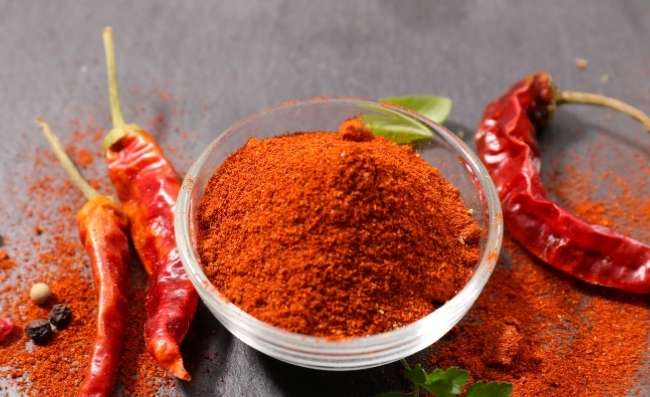 Paprika is perhaps the easiest to find a substitute to gochugaru. Just like gochugaru that has a bright red colour, paprika also tends to add vibrant red color to the dishes it is used in.

When you are at the store on the look for paprika, the easiest one to find will be the basic or sweet paprika. It is loved for its mild flavor. Hot paprika on the other hand is just as its name suggests, hot.

It is the most superior in terms of flavor out of the three varieties. It is worth noting that hot paprika which also goes by the name Hungarian paprika is most commonly used in dishes such as goulash.

Looking for Ways on How to thicken chili? Click here to learn.

What else can be used other than the above-mentioned substitutes? 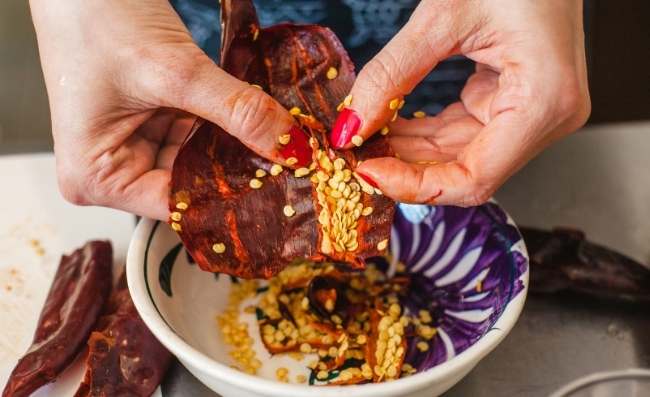 Another popular Mexican chile alongside guajillo. Their sweet and mildly spicy flavor makes them a possible alternative but you may need to add cayenne pepper to bring up the heat.

Is a mild chili well-known for the deep red color it imparts on dishes making it a good alternative to gochugaru. When using it as a substitute, mix it with cayenne pepper to add some heat.

These peppers are slightly hotter than jalapeños. Although commonly used while still green, their heat increases as they redden and ripen. When you are out of options, you can use this to add some heat to your recipe. 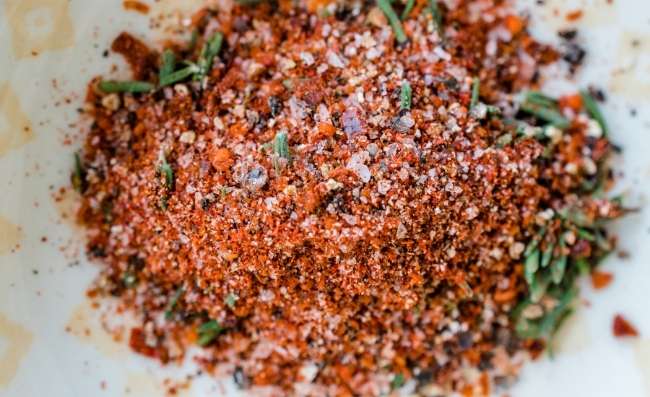 It goes without saying that gochugaru is one of the tastiest spices to use in cooking. It adds a new twist to recipes and goes the extra mile of exciting your taste buds.

However, it can prove to be a bit of a struggle to access it especially if you are not in an Asian country or do not have access to an Asian grocery of sorts.

It is my hope that this article will be of help during such times and that these substitutes will do just as good a job as gochugaru.

What Is A Suitable Substitute for Garam Masala? Click to read.

What can I use as a Peanut Butter alternative?
What can I Substitute for Rosemary? 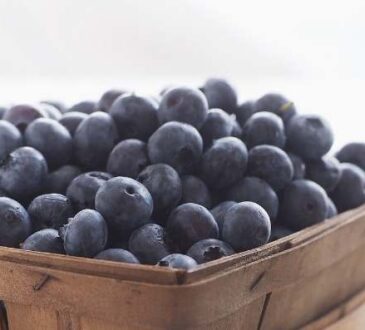 How long do Blueberries last?

MitchelleNov 24, 20
Blueberries are one of my go-to fruits because they are flavorful and contain a lot of nutrients.  These flavorful are... 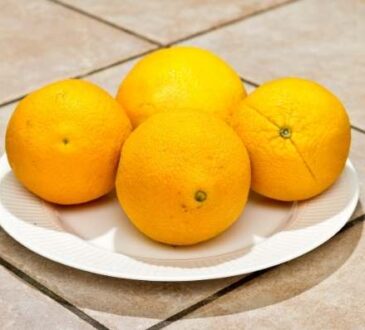 How long do Oranges last?

MitchelleNov 21, 20
Oranges are one of my favorite fruits. They are as tasty as they are refreshing.  You can eat them as... 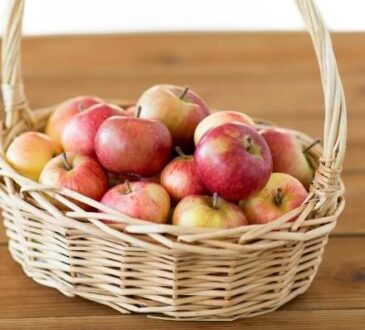 How long do apples last?

MitchelleNov 21, 20
Apples are an amazing snack. They are crispy and juicy and so flavorful. To date, I have not met anyone... 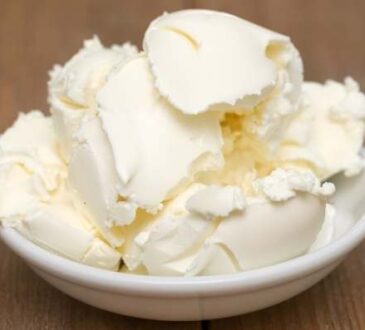 MitchelleNov 19, 20
First things first, what is mascarpone? Mascarpone is an Italian cheese commonly used as the main ingredient in making tiramisu....