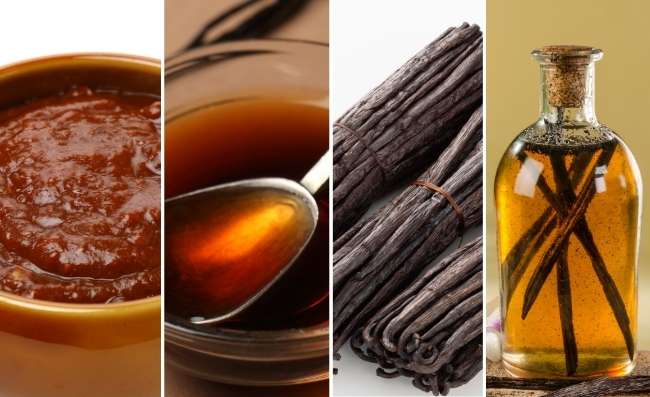 The vanilla flavor has always been one of a kind. It is one of the baking essentials. Vanilla gives depth to dishes and also balances the flavors. It is used in ice cream, chocolates, baked goods, coffee, and even nuts.

Vanilla bean paste is a thick paste that has a rich vanilla flavor. It contains vanilla extract as well as vanilla bean seeds that have been scraped out of the pod. The first time I heard of vanilla bean paste I assumed that it is packaged in a tube (because it is a paste), so I went looking for a tube. Imagine my surprise when I actually realized that my assumption was wrong. Manufacturers package vanilla bean paste in small bottles.

Vanilla bean paste has several uses. You can use it in moister desserts, custards, and creams. The paste provides a rich vanilla flavor. Additionally, it leaves small black specks from vanilla seeds that make your dish visually appealing. My desserts, especially the light-colored ones, always look so attractive when they have these small black specks.

Also, check out; Leek substitutes you can use for tasty meals.

Where to buy vanilla bean paste 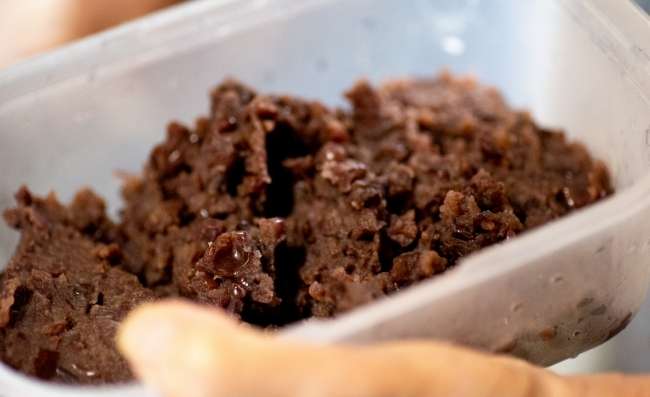 Vanilla bean paste is not that hard to find. Most grocery stores stock it. If the store close to you does not stock it, you can find it in kitchen supply stores.

Kitchen supply stores always stock vanilla bean paste. Alternatively, you can simply buy the vanilla bean paste online. I have come across several online vendors that sell it so you can just order it online and have it delivered to your doorstep.

What is a suitable substitute for cooking cherry? Click to learn

There are several reasons that you may need to substitute vanilla bean paste with something else. The most obvious one is when you have run out and don’t have the time to rush to the store and get more.

Luckily, there are several vanilla bean paste substitutes that you can use. These substitutes are readily available and chances are that you have one (or two) stocked in your kitchen. 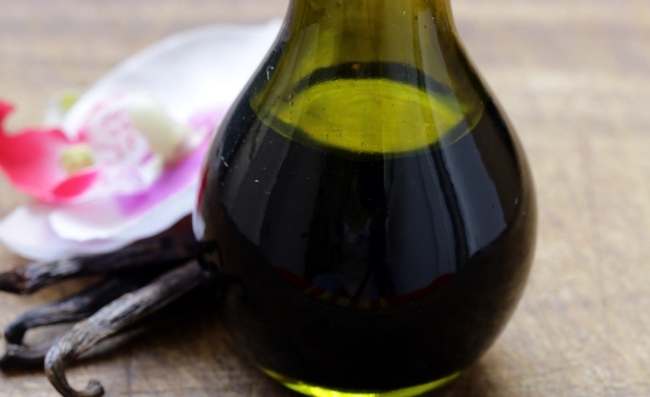 There are several advantages of using vanilla extract as a vanilla paste substitute. For starters, is a very common ingredient and is therefore widely available. Another advantage is that it is very affordable.

The only disadvantage with vanilla extract is that it contains alcohol. You can easily taste the alcohol in some dishes you add it to. If you want an alcohol-free substitute, consider using one of the other substitutes that we will discuss below.

I love using vanilla extract in custard applications that call for vanilla bean paste because its liquid form is very easy to use. 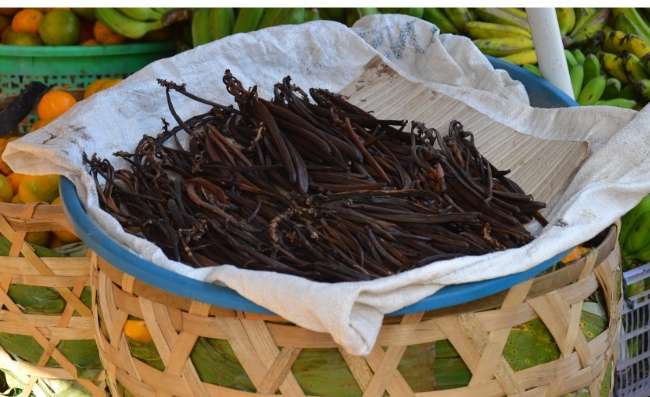 To use vanilla beans as an alternative to vanilla bean paste, you will need to use a sharp knife to split the pods and then scrape out the seeds. You can use the edge of your knife to remove the seeds. 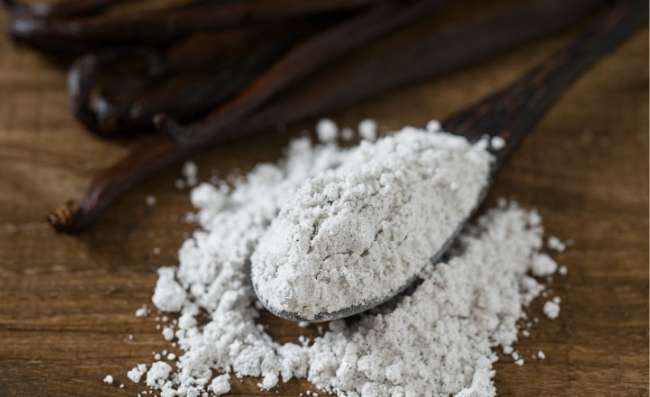 Vanilla powder is a suitable substitute for vanilla bean paste. There are several varieties of vanilla powder in the market. All the varieties add a distinct vanilla flavor to your dishes.

The main advantage of using vanilla powder as a vanilla bean paste substitute is that it will not add extra moisture or alcohol notes to your dish but still give it that amazing vanilla flavor.

Although it gives dishes a vanilla flavor, the flavor is not as concentrated as that of vanilla bean paste.

One advantage of using vanilla essence is that it is in liquid form. Therefore, you can easily incorporate it into your baked goods especially those that are creamy or need some moisture in them.

Check out: What to use as a substitute for bulgur 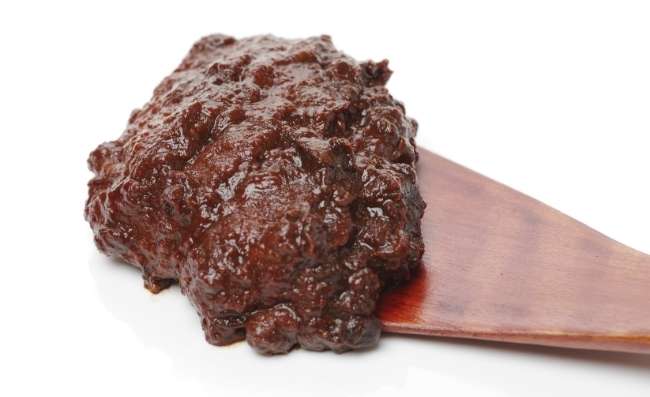 Vanilla bean paste is one of the easiest ingredients to substitute. Not many products will give your dish that authentic vanilla flavor, but the ones can make for excellent substitutes.

Vanilla powder is another suitable substitute. I do not use it too much because it is only suitable for use in baked goods that do not contain moisture, for example, cookies. All in all, vanilla powder still adds a rich vanilla flavor to dishes.

My least favorite substitute is vanilla essence for two reasons. Vanilla essence only has a synthetic vanilla flavor, in fact, it does not have real vanillin. Another issue is that it has several other ingredients including sweeteners and coloring. Therefore, vanilla essence does not give dishes the authentic vanilla flavor. All in all, if you have no other substitute on hand it will work just fine. You can easily incorporate it into dishes because of its liquid form

Try these amazing vanilla bean paste substitute today and let me know how your dishes turn out. None of the substitutes has ever let me down.

Leek substitutes you can use for tasty meals
Plum Tomatoes Substitutes 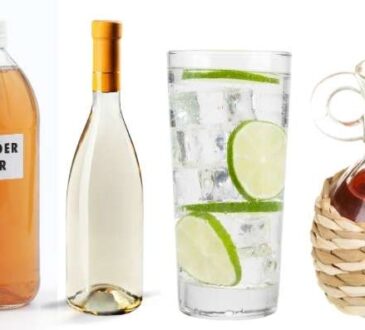 MitchelleJan 17, 21
Apple cider vinegar is a very common ingredient. For the longest time, people have associated it with healthy living. Manufacturers... 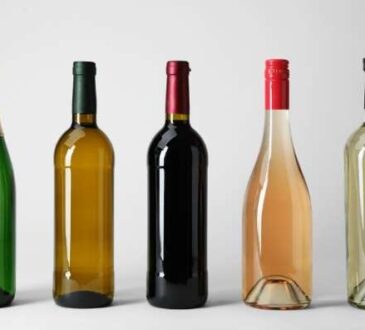 What is a suitable vermouth substitute?

MitchelleJan 15, 21
If you are reading this, you have probably come across one or several recipes that call for vermouth. What is... 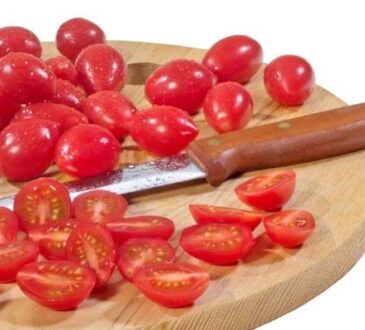 MitchelleJan 14, 21
I occasionally make Italian cuisine so it is safe to say that I interact with plum tomatoes a lot. Plum... 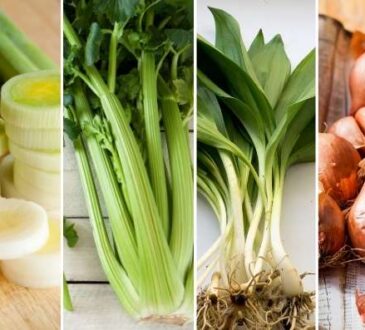 Leek substitutes you can use for tasty meals

MitchelleJan 9, 21
Leeks are vegetables that belong to the Allium family. In terms of appearances, they look like large scallions. Leeks are...