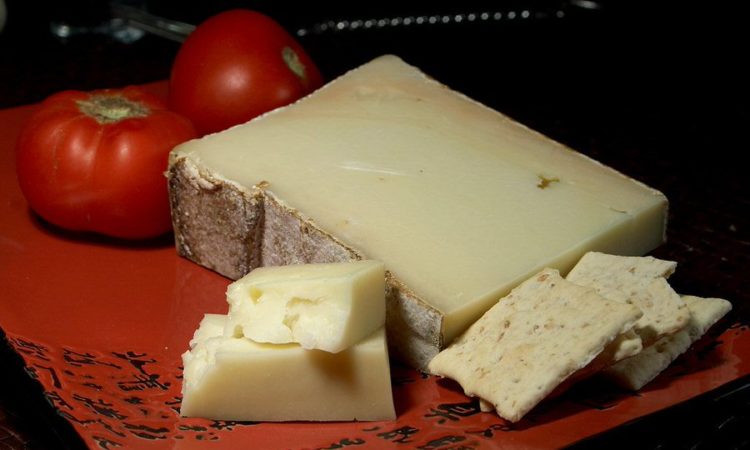 Cheese is not only a rich source of fat, but it is also deliciously palatable and rich in nutrients.

What is fontina cheese? Fontina cheese is a raw cow milk cheese that hails from the Aosta Valley of Italy. The French-speaking dwellers of Aosta Valley begun producing this cheese in the 12th century.

Italian Fontina is a semi-soft cheese with a few, very small holes, that is aged and has a distinctly pungent aroma, irregular in shape, covered with a dark brown rind.

What is fontina cheese like? Shredded fontina cheese has a unique taste and texture, distinctly creamy, nutty, with a mild tart earthy taste, sometimes tangy, that lingers in the food it’s added to.

It is a super easy ‘to melt cheese’ which makes it a great table cheese as an addition to many pasta dishes like Rigatoni with Fontina, or Pasta with Speck and Fontina. Grated fontina cheese is also perfect when shredded and melted over fresh gnocchi. 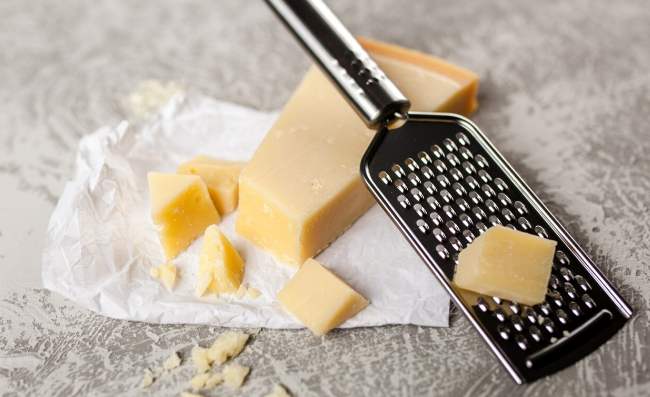 Some of these variants include the Swedish and Danish Fontina which differ in their rind, flavor, and texture. The variants are typically younger, straw-yellow with a buttery, nutty taste.

Well, being one of the most ancient varieties of Italian cheeses in the world, the real deal is not easy to find in many places.

The tart taste for Fontina cheese is also not very palatable for most people, and it is very high on calories. Is fontina cheese aged? The smell can also be overwhelming to some, as it does intensify with age.

So if you wish to replicate its rich taste, texture, aroma, and nutritional values, we’ll review some of the best fontina cheese substitutes that may give you the closest cheesy experience to the original, for your different recipes.

What cheese is similar to fontina? 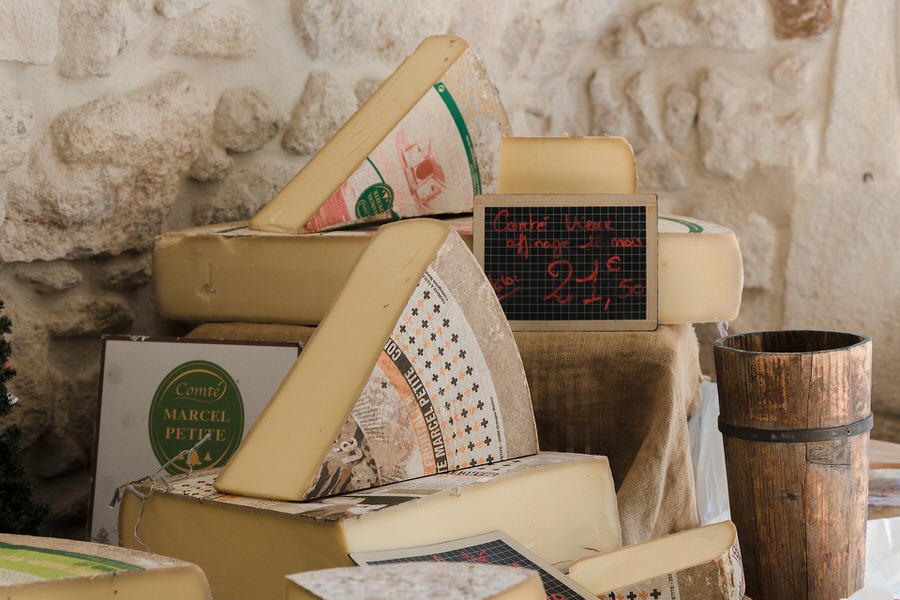 Commonly referred to as Swiss cheese, Emmental also has a strong odor, quite pungent at times, similar to Fontina.

It is a hard cheese made from unpasteurized cow’s milk. It has an acidic flavor and is quite fruity in taste.

Characterized by its hallmark big holes, it is a highly prized cheese, considered to be one of the most difficult to make.

Emmental enhances the taste of dishes with its nutty flavor and is best in various types of sauces and grilled sandwiches. It pairs well as a snack with fruits and fondue, and perfect when grated over vegetables. It is a good substitute for fontina cheese.

A tangy-tasting Italian cheese, it is a perfect substitute for Fontina.

Light yellow in color and produced from cow milk, it comes in many different shapes, with the pear shape being the most commonly available.

The variants of its hardness determine whether to use it as a cooking cheese, or as a grating cheese.

Provolone is most commonly used in pasta such as manicotti shells, sauces, and soups, as well as in salad dressings. 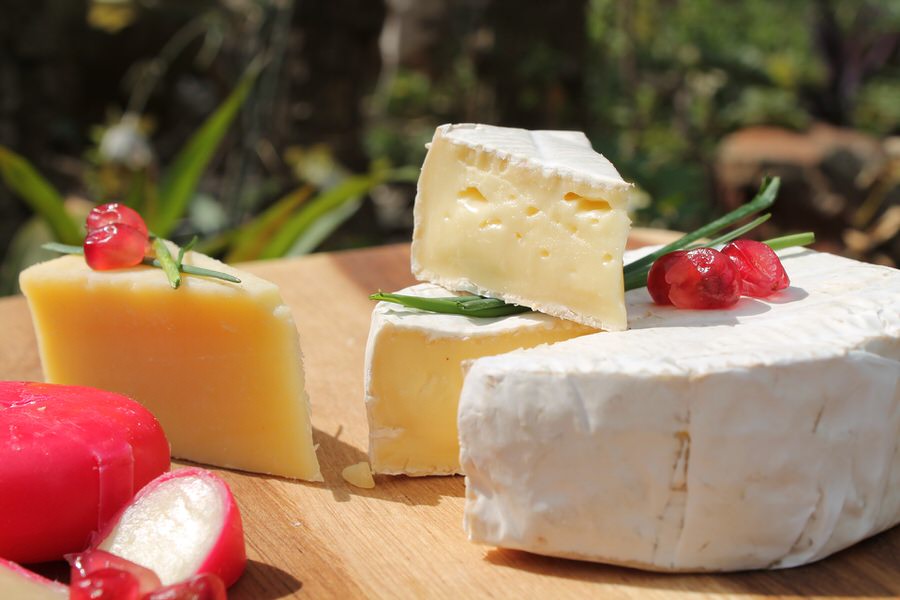 It is one of the highest produced cheese that bears its origins in a large village in Somerset, England, which is available all over the world.

Cheddar cheese is made from both pasteurized skimmed and whole cow milk, so the color differs, and its name is derived from the ‘cheddaring’ process in cheese making.

Cheddar is a great Fontina cheese substitute in sandwiches and pizza toppings. It is also perfect in recipes for appetizers and casserole dishes, desserts, salads, and dips.

To get the essential rich flavor similar to Fontina cheese, Cheddar is best when ripened. 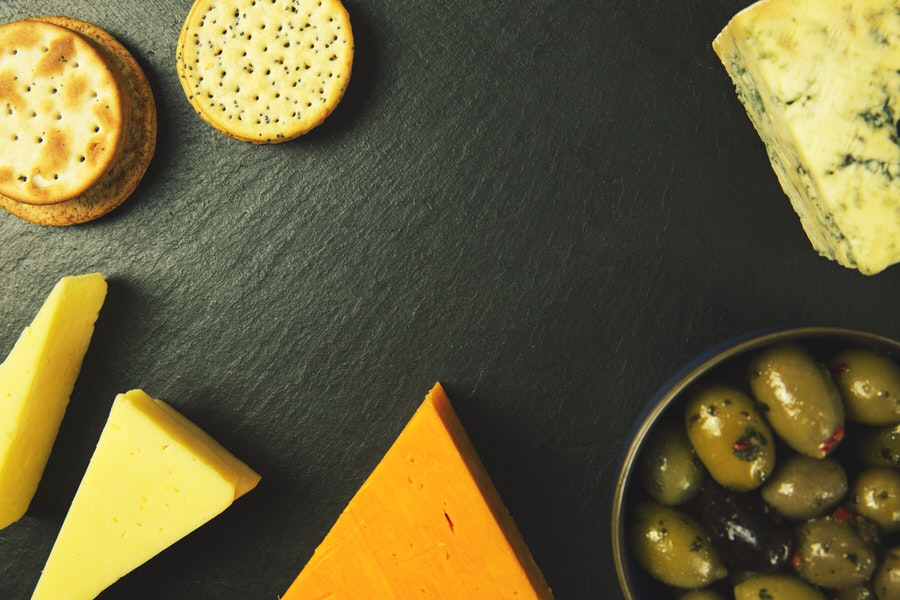 The similarities of Italian Taleggio cheese with Fontina include fat content, taste, and smell.

Like Fontina, Taleggio too is high in its fat content, with 48% fat, while Fontina has 45%. It also has a tangy taste, and a strong distinctive smell, just like Fontina.

This cheese is used in the preparation of bread like garlic bread and meat-based recipes with ham, bacon, and chicken.

It is also great in sandwiches and pizzas. 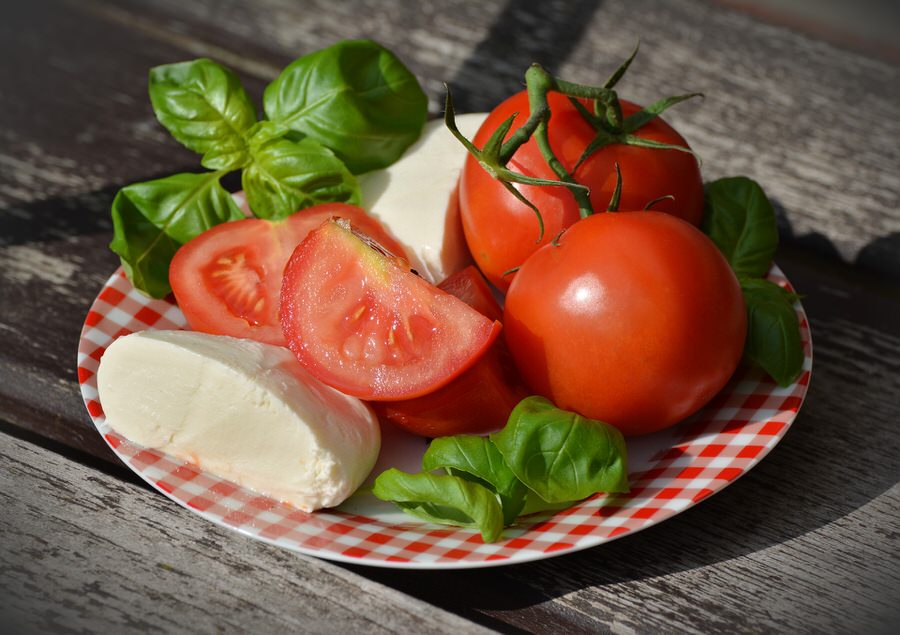 Mozzarella cheese is Italian in origin and is one of the most expensive cheese in the market. It is also a good fontina cheese substitute for lasagna.

Originally made from milk obtained from the water buffaloes of the region, it is now manufactured from the more readily available cow’s milk.

While the flavor of Mozzarella cheese does not quite compare to Fontina cheese, it melts evenly just like Fontina, and pairs well with dishes that require a soft, delicate melted cheese effect.

Its shredded or grated form is, therefore, is a perfect Fontina cheese substitute in so many dishes like pizza, lasagna, and meat dishes.

Mozzarella affumicata, the smoked form, can be used in salads, soups, and sandwiches.

Can you Freeze Mozzarella Cheese? Click here to find out. 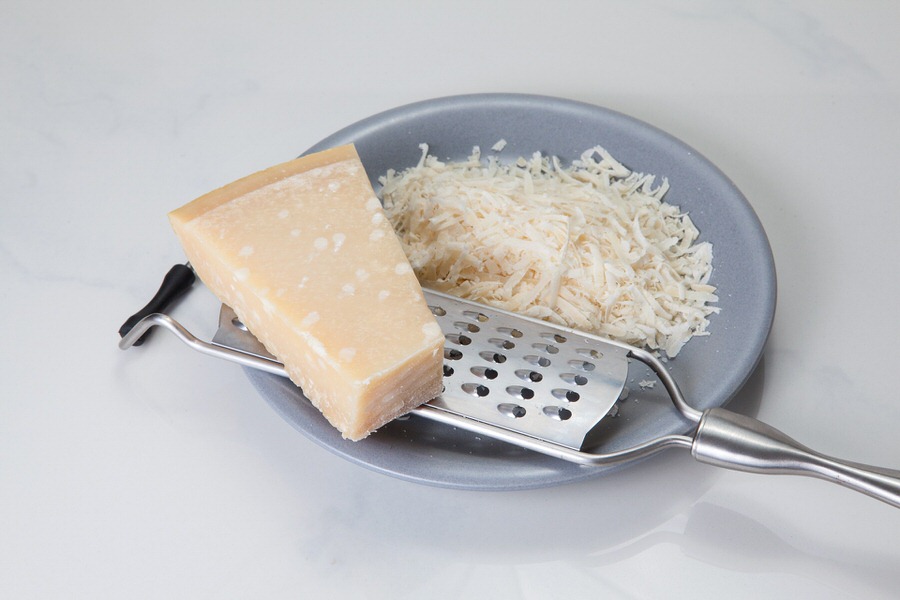 Another Italian product, Parmesan is a type of hard cheese that is thick, dense, and nutty, therefore a good substitute of Fontina.

A shade of light brown or hay-color, it is a grating cheese that is of Protected Designation of Origin (PDO).

It has a bitter taste, thus cannot be a random substitute for Fontina, but owing to its nutty flavor and lower sodium content, is best grated over soups and pasta, sandwiches, steamed vegetables, and salads. 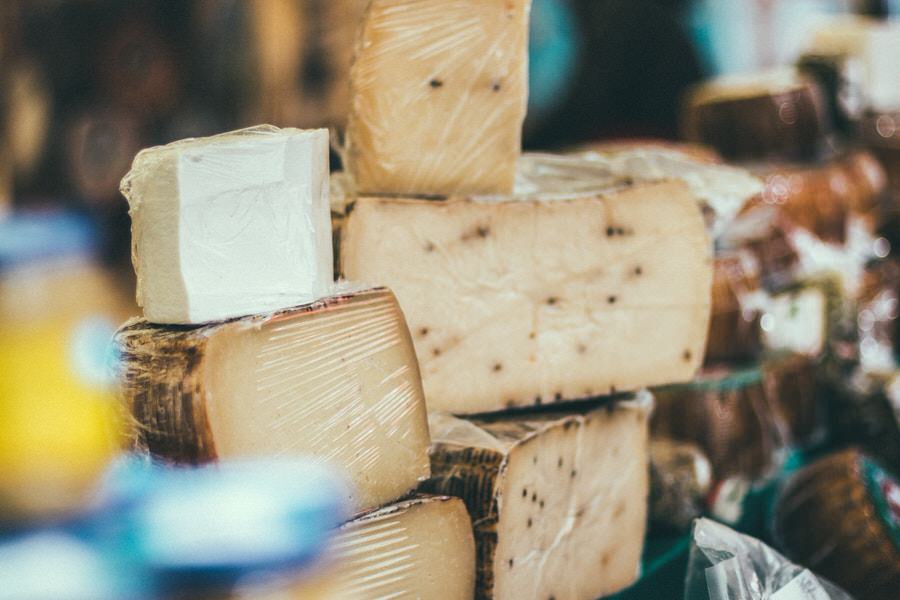 Another cheese that Italy can boast of, this is another great substitute for Fontina cheese. Created to be a competitor of the French Alpine cheese, it is semi-soft and melts easily.

Produced from cow milk, it has a lingering taste and smell of milk.

The bel paese cheese substitute for fontina cheese shredded is easily melted and used in foods that require a thick texture. It can also be used in slices as a table cheese and is a great choice in pizzas, fondues, and desserts. 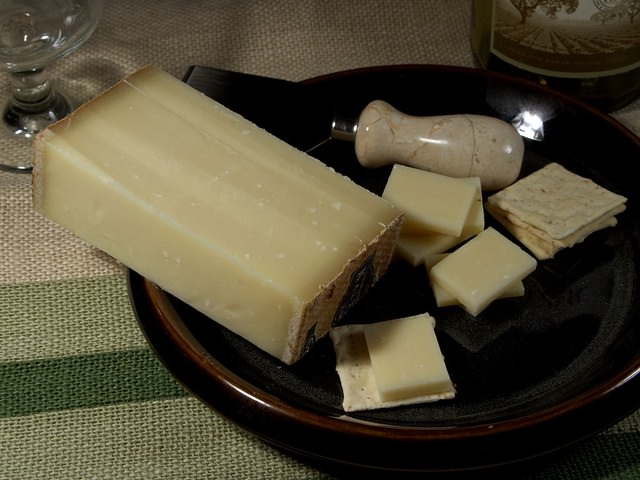 This cheese is probably one of the closest and best substitutes of Fontina.

Originating from the Swiss village of Gruyère, it is produced from raw, unpasteurized cow’s milk. It has a rich yellow color, a dense texture, and nutty taste similar to that of Fontina.

Featuring a complexity of flavors, it is fruity and nutty with an earthy taste and melts quickly and deliciously.

It is also very rich in fat, with over 40% content. Gruyère cheese is a great compliment in a variety of pasta dishes, sandwiches, and soups. 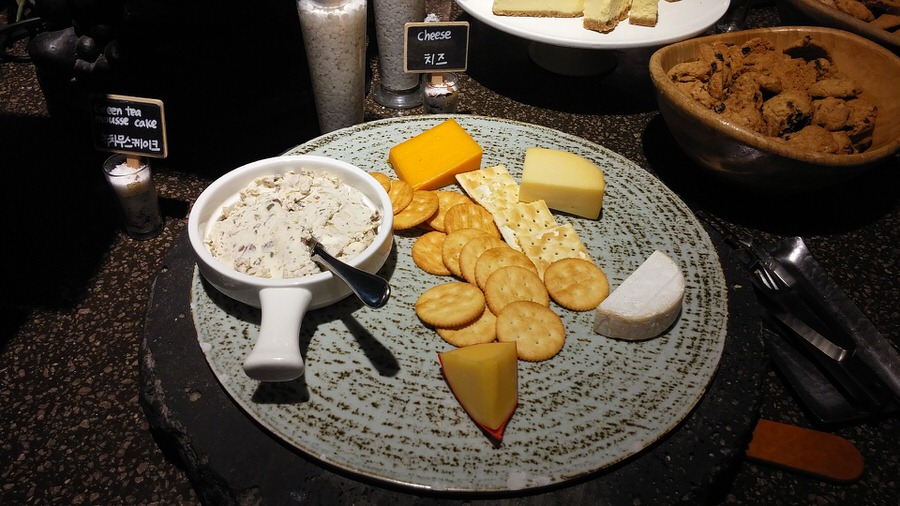 Pale yellow-colored Edam cheese is a semi-hard cheese from the Netherlands.

When kept unused for long, it ages and hardens, making it the perfect go-to cheese for those who are always out and about.

Mild in taste, it is quite nutty in flavor, a good substitution for fontina cheese as it has a low-fat content.

In its melted form, it is irresistible in pasta and crepes, sauces and soups. 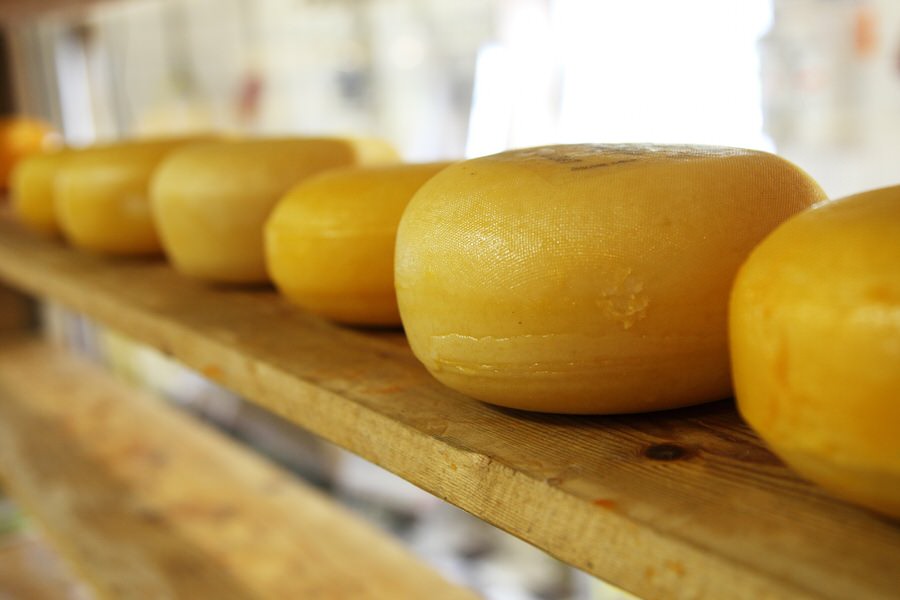 Like Emmental, Appenzeller is a fontina cheese replacement that also originates from Switzerland.

A semi-hard variety that is creamy and made from unpasteurized cow milk, it is pale to straw yellow in color, with holes in its medium-sized chunks.

Spicy in taste like Fontina, it turns even spicier as it ages.

Appenzeller is highly recommended for fondue, pasta, and macaroni, the most common and famous being the Three-cheese Fondue. 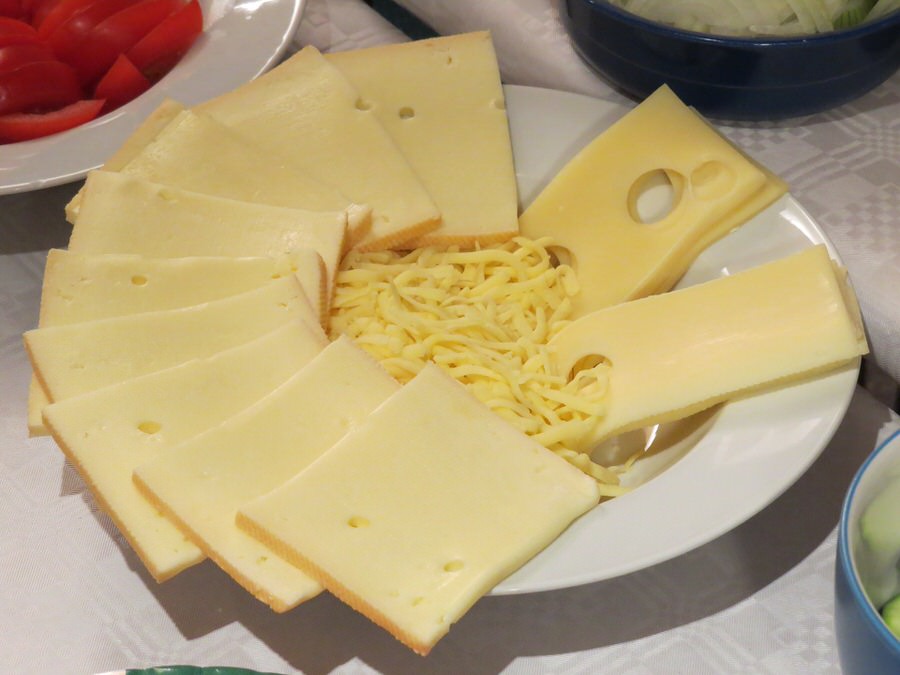 Considered one of the most superior tasting and highly consumed cheeses in the world over, Gouda cheese originates from the Netherlands, in a place called Gouda!

It is a semi-hard cheese primarily obtained from cow’s milk, though goat and sheep milk are also popular sources, and is made from both pasteurized and unpasteurized milk- you are spoilt for choice.

Gouda is versatile in its use, as it can be melted, cubed, grated or sliced. It is excellent when coupled with wines, soups, and sauces.

As a substitute for Fontina cheese, add this superior tasting cheese to your sandwiches, pasta, macaroni, salads, fondue, and vegetables. 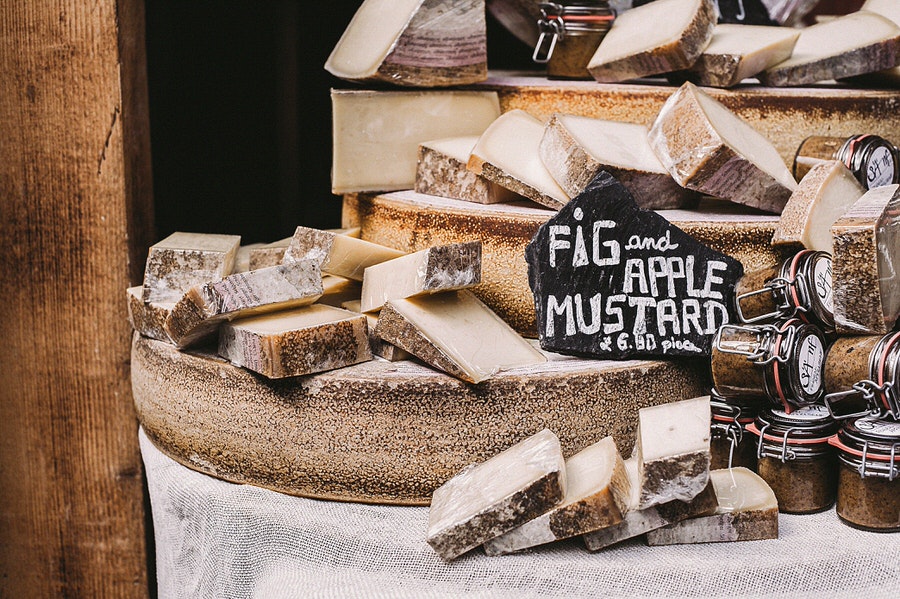 Originating in Denmark, Havarti cheese is rich and creamy, which melts away into a heavenly experience in our taste buds.

Another form is available, creamy Havarti, and like Fontina, are also used as a table cheese.  This cheese is best stored at room temperature to preserve its taste.

Havarti is famous as a dessert cheese, and is a perfect Fontina substitute for melted creaminess, especially in pasta and sandwiches, as it can be used alongside various herbs and spices to make the perfect creamy condiments.

Try this cheese in your salsa, or with fruits and wine, and add some Bel Paese to crown for a creamy kick! 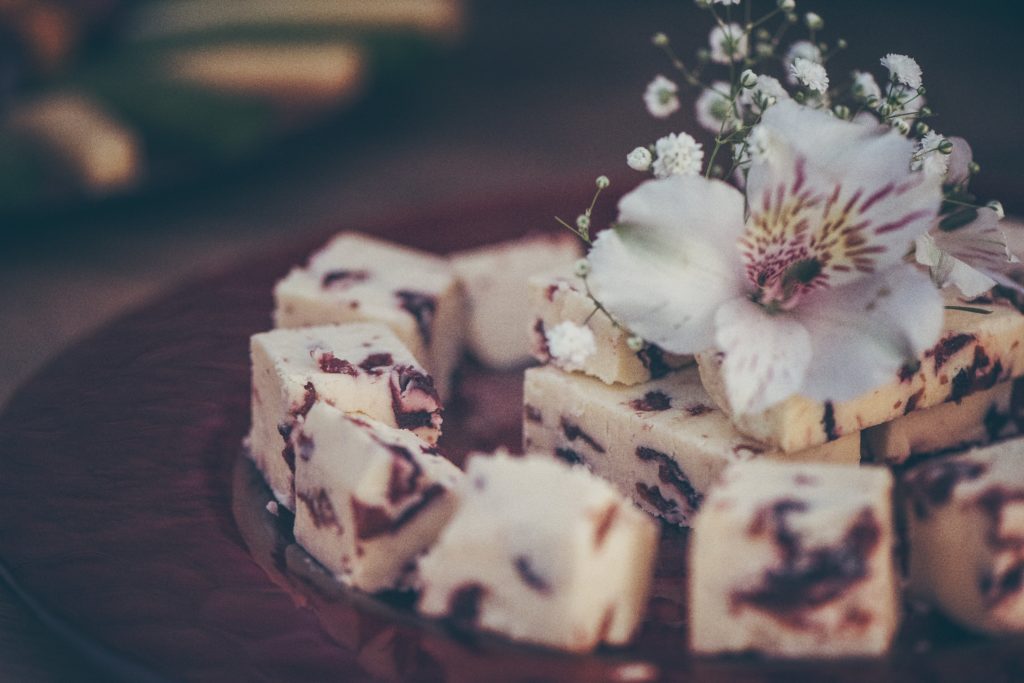 Reblochon is one of the tastiest cheeses from France and is sourced from unpasteurized cow milk.

It is made in the French alpine mountains of the Haute Savoie, with the name derived from the word ‘reblocher’, ‘to pinch a cow’s udder again’!

As a fontina cheese alternative, it has a semi-soft texture that easily melts when cooked. Reblochon should be kept in a cool place and is best eaten within 10 days after purchase.

Reblochon is perfect for your winter dishes, easily matched with many bread varieties, nuts or dried fruits like figs, raisins or apricots.

It also works well in dishes that also makes use of onions, potatoes, and bacon.

Well, we have reviewed quite a number of cheeses that you can use as a substitute for Fontina cheese in your recipes.

You are not spoilt for choice, from the well- known and trusted Gouda and Parmesan, to the readily available Cheddar, your recipes will taste just as great as if you used Fontina cheese.

Also, Check Out These Tips:

Where to find fontina cheese in Grocery store 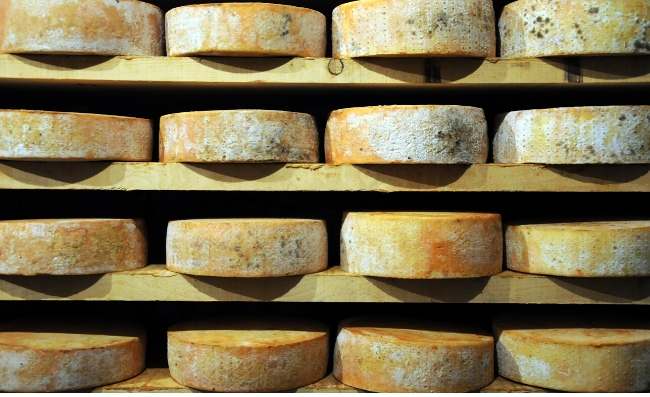 When looking for fontina cheese in a grocery store, look for it in the gourmet section. However, when asking for help, be extra careful as someone may confuse it with fontinella cheese, which is a very different brand.

The gourmet section always consists of wedges of blue cheese, fresh parmesan, logs of mozzarella, and blocks of cedar. Always look for fontina on those shelves of the store.

Since its made from creamy milky, fontina has a light honey nut flavor. Those that are not made in Italy have a soft texture, and they taste bland. When you melt fontina, it brings out an earthy mushroom flavor.

Also, it has a fresh acidity taste that’s not harsh on the tongue.

What is the best vegan substitute for fontina cheese? 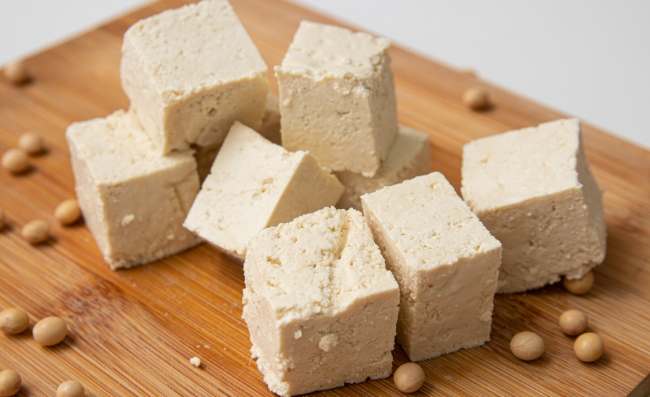 Because of its firm texture, Tofu will substitute fontina incredibly well. It’s the leading vegan substitute for cheesy fontina recipes such as pasta dishes, pies, sauces, and dips.

If you use fontina cheese for your baked pasta dishes, substituting it with nutritional will work best. It’s a highly recommended vegan substitute for mature and hard fontina cheese, especially when grated.

Can I substitute Fontina for Parmesan?

Like Fontina, Parmesan also originated from Italy. It is thick, nutty, and dense, making it the best substitute for fontina. Moreover, it is rich in proteins and low lactose content.

You can use it in pizzas, steamed vegetables, salads, sandwiches, spaghetti, and pasta. 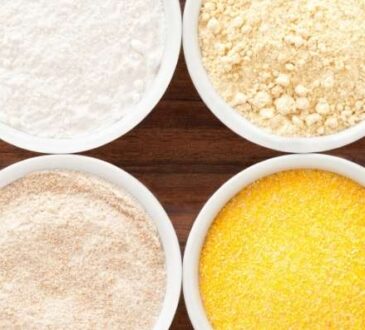 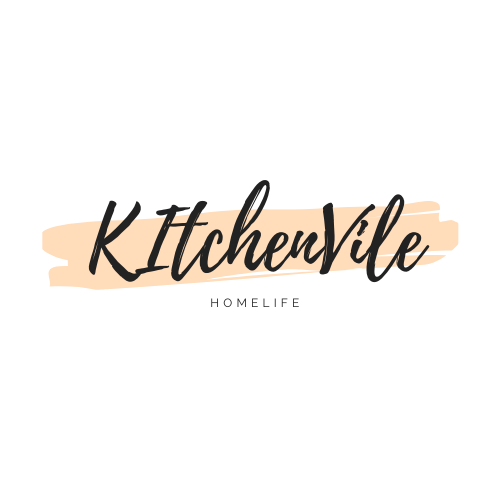