Does bacon grease go bad? How to Properly Store it 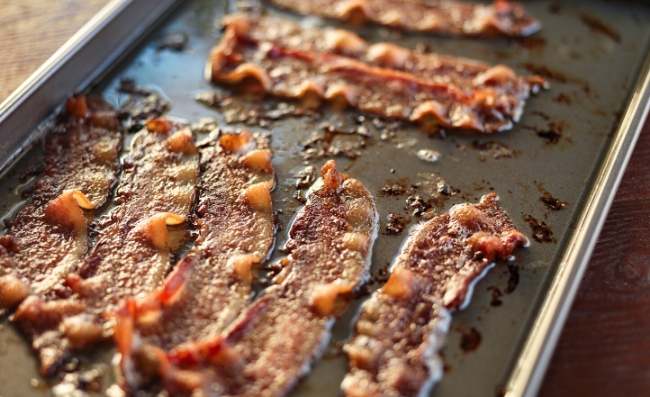 Everything tastes better when cooked in bacon grease, right? Well, my entire family is totally crazy about bacon. I serve bacon for breakfast on some days of the week and I always end up with leftover bacon that I never want to throw out. We are all about not wasting anything.

I am pretty sure you have also been in a situation where after enjoying a good breakfast of bacon and eggs, or whatever you prefer, you have some leftover bacon grease in your kitchen.

I particularly like using bacon grease to cook my potatoes and veggies because it gives them this rich flavor that you can’t buy. The good news is that you can actually store bacon grease and use it later in your cooking.

Does bacon grease go bad? Yes, it does. Bacon grease is just like any other type of fat. With time, it will eventually go bad. However, if you store it properly, it will stay for a long time before it starts getting spoilt. If you store bacon in your refrigerator it will last for a couple of months. 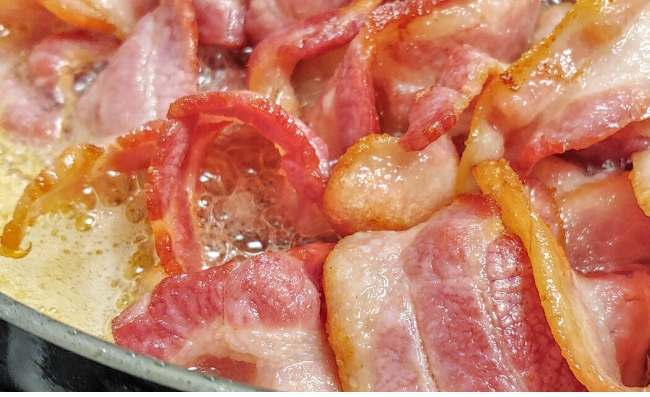 A lot of people replace the regular cooking oil with bacon grease whenever they have any leftovers. Some even use it in baking. The flavor that bacon grease gives your food is to die for, and this is the main reason why we need to learn how to properly store bacon grease so that it lasts for the longest time possible.

Many stores now sell commercially packaged bacon grease. I tried it once but I honestly prefer the one that I get from cooking my own bacon at home. For some reason, it just tastes better.

Does mayo go bad? How long does it last? Click here to Learn

The shelf life of bacon grease 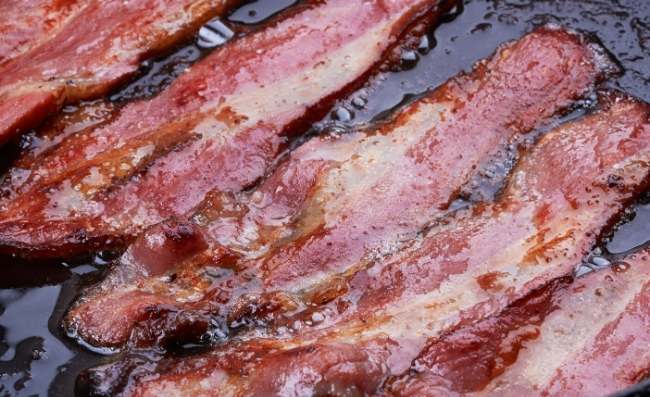 There are two types of bacon grease. The one you render at home, and the commercially packaged ones. These two last for different periods of time.

A lot of people claim that the bacon grease you render at home can last for years on end. It is a little bit difficult to tell exactly how long bacon grease lasts because different people have had a different experience with it.  Some say it can last forever while others say it is only good for a few months.

I will give you a rough estimate of how long bacon grease lasts. The bacon grease may still be safe to use a few months past the estimated period.

The bacon grease will still be safe to use a few months past the estimated period but its quality may not exactly be the same. 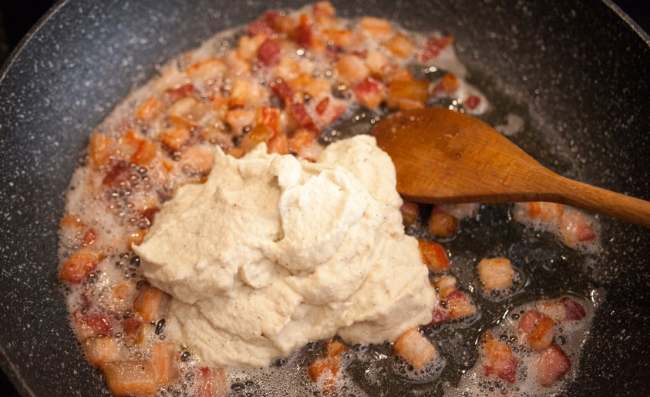 It is important to note that the bacon grease will still be safe to use a few months past the best by date.

When stored properly, commercially packaged bacon grease can last for up to 6 months past the best by date. If by chance your bacon grease does not have a best by date, just count two years from the production date.

Click to Check out: 10+ 4th of July Awesome snack ideas

How to properly store bacon grease 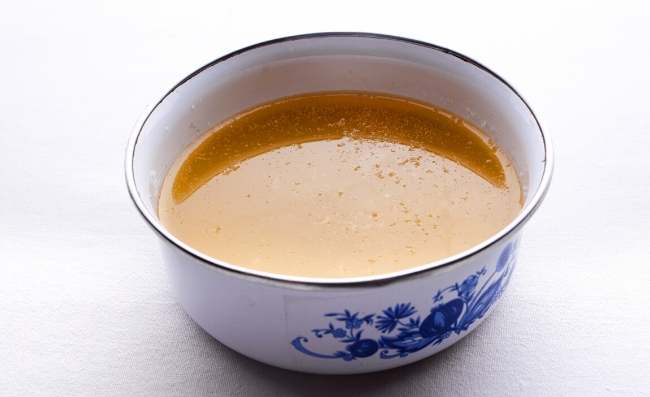 Here are the details on how to store your bacon grease.

Storing bacon grease that you render at home

In order to properly store this bacon grease, you will need an airtight container or a mason jar. Alternatively, you can just purchase containers that are specifically made for storing grease.

The very first thing you need to do is let the grease cool down. For obvious reasons, the bacon grease will be extremely hot by the time you finish cooking your bacon. Let it cool down for a few minutes. However, it should not cool down to the point of hardening.

Cheap Pantry Meals You Can Make! Click here to read. 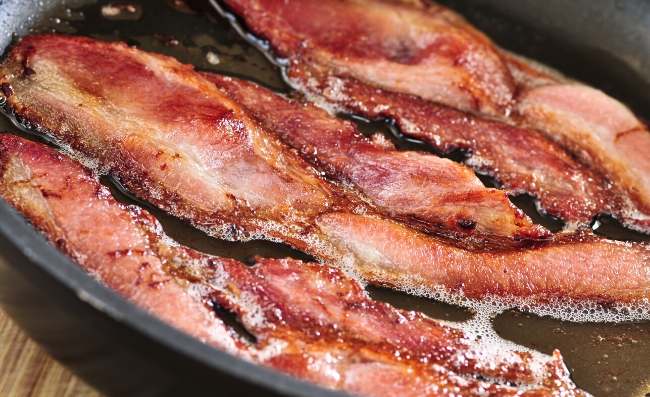 You can store the jar of bacon grease in the pantry or the refrigerator. However, you should know that if you store it in the fridge it will retain its good quality for much longer.

Personally, I prefer storing it in the refrigerator because it gives me the peace of mind that I need. If I store it in the pantry, I will keep checking for signs of spoilage time and again.

Once you already have a jar of bacon grease, you can simply add more bacon grease to the same jar each time you cook bacon. Some people do this for up to a year. However, I recommend switching to a new container every 6 months.

If you continuously use the same container for a period of one year or more, you will never get around to using the bacon grease that you first stored in the jar. This is probably why people imagine that bacon grease lasts forever, which is really not the case. 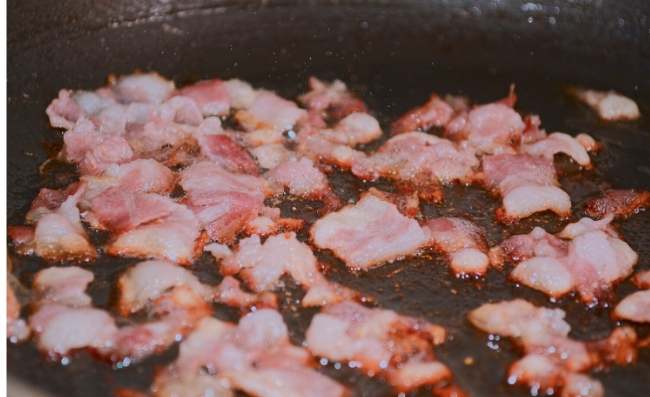 Storing commercially packaged bacon grease is pretty simple. All you need to do is make sure that you have closed it tightly after every use.

It is important to note that there is absolutely no need to refrigerate commercially packaged bacon grease unless the package specifically tells you to.

Once you scoop your bacon grease from the jar and use it for cooking, you should not salvage the remaining oil and put it back into your jar of bacon grease.

When you use it in cooking, the bacon grease picks up the flavor of whatever you are cooking. Returning it to the jar will cause the rest of the bacon grease to go rancid at a very fast rate.

Once you have used it for cooking, just throw out the remaining bacon grease.

Signs that your bacon grease has gone bad 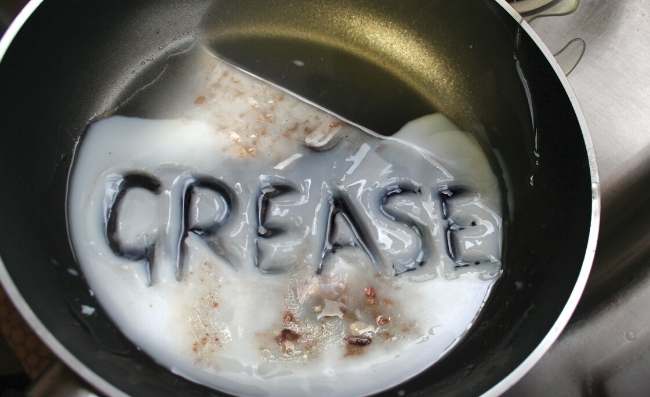 Since bacon grease eventually goes bad, you need to know the obvious signs that your bacon grease has gone bad. Using spoilt bacon grease can cause serious health complications. We don’t want that, do we?

If you have stored your bacon grease for a long time and you are not sure if it is still safe to use, there are some signs that you should look out for.

Here are a few signs that your bacon grease is no longer safe to use. 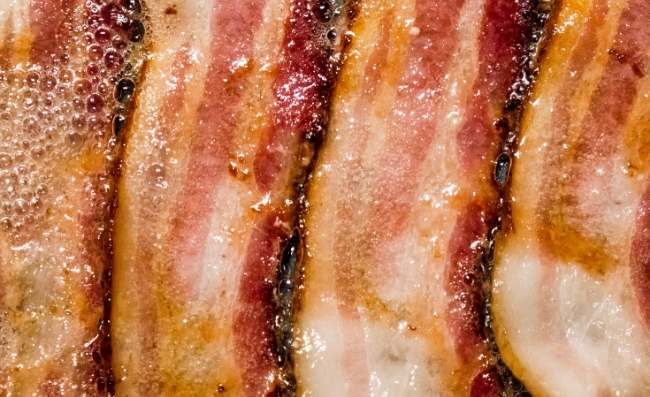 If your bacon grease becomes discolored, chances are that it has gone bad. The discoloration is an obvious sign of spoilage. Discard the bacon grease.

Although it is highly unlikely for mold to grow on bacon grease, sometimes they do. Molds appearing on the surface of your bacon grease indicate that the bacon grease is no longer safe to use. Throw it out.

When oils go rancid, they usually start smelling weird. Rancidity usually alters the taste and smell of your bacon grease. If you open your jar of bacon grease and notice that it has an unpleasant smell, your bacon grease has gone bad and is no longer safe to use. Just throw it out because if you use it in cooking it will make you sick.

If you notice that the bacon grease has an unusual or terrible taste, chances are that it has gone rancid and is no longer safe to use. Before using this method to tell whether your bacon grease is safe to use, look out for the other signs of spoilage.

How long does deli meat last? Click to find out.

Can you freeze Miracle Whip?
Does vermouth go bad? 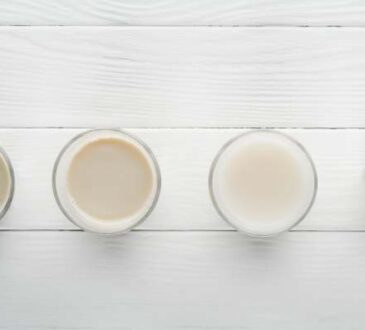 MitchelleDec 3, 20
Whole milk is an essential in most American kitchens. It has so many uses and a lot of people use... 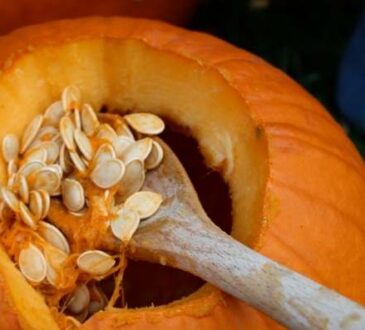 How to separate Pumpkin Seeds from Pulp

MitchelleDec 2, 20
Roasted pumpkin seeds are a popular treat, especially during Halloween. The first time my kids tried them, they became addicted.... 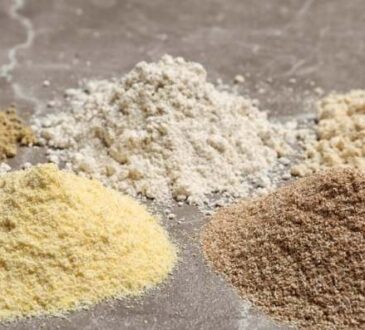 What is a Suitable Arrowroot Flour Substitute?

MitchelleDec 2, 20
Arrowroot flour has become very popular these days. It is often referred to as arrowroot powder or arrowroot starch. You... 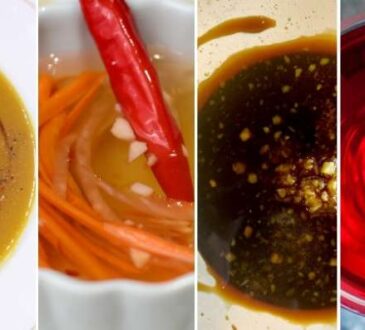 What is a suitable Worcestershire Sauce Substitute?

MitchelleNov 30, 20
I have come across so many recipes that call for Worcestershire sauce. It is a popular ingredient that is added...